On Sunday, November 28th, 2021, the sad news of the passing of Virgil Abloh was announced on his Instagram account. After battling an aggressive form of cancer for more than two years, the creative visionary, creative director at Louis Vuitton Men’s and Off-White, succumbed to the disease.

“We are devastated to announce the passing of our beloved Virgil Abloh, a fiercely devoted father, husband, son, brother, and friend. He is survived by his loving wife Shannon Abloh, his children Lowe Abloh and Grey Abloh, his sister Edwina Abloh, his parents Nee and Eunice Abloh, and numerous dear friends and colleagues,” said the caption on Virgil Abloh’s (1980-2021) Instagram account. The talented fashion visionary battled a rare, aggressive form of cancer since 2019, as explained by his family: “For over two years, Virgil valiantly battled a rare, aggressive form of cancer, cardiac angiosarcoma. He chose to endure his battle privately since his diagnosis in 2019, undergoing numerous challenging treatments, all while helming several significant institutions that span fashion, art, and culture.”

His endless curiosity has made him the renowned designer he was today. In interviews, he always explained that he “did it for his 17-year-old self”. Back then, he didn’t have any role model who looked like him – or achieved anything he was about to do.

Virgil Abloh made a name with his iconic label Off-White. Even while he battled cancer, the designer collaborated with big brands like Mercedes-Benz, Nike, and Louis Vuitton, where he became the first Afro-American designer ever in 2018. With LVMH’s recent acquisition of Off-White, Abloh became the highest-ranking black executive in the fashion industry. In an official statement, Bernard Arnault, CEO of LVMH commented: “We are all shocked after this terrible news. Virgil was not only a genius designer, a visionary, he was also a man with a beautiful soul and great wisdom. The LVMH family joins me in this moment of great sorrow, and we are all thinking of his loved ones after the passing of their husband, their father, their brother, or their friend.”

Virgil Abloh’s collaboration with Nike is one of the best examples of his endless creative abilities. In 2016, Abloh and Nike joined forces to develop a sneaker collection in celebration of Nike’s ten most iconic shoes – soon to receive a cult status, after Abloh unleashed his creativity on the project. The project ‘The Ten’ reimagined icons like Air Jordan 1, Air Max 90, Air Force 1, and Air Presto, among others. It marked a rebirth of sneaker culture like we know it today. It just depicts one of the many ways in which Abloh has defined the way we dress today.

In 2018, Abloh successes Kim Jones at Louis Vuitton menswear, being the first Afro-American creative director at one of the world’s most luxurious fashion labels. Many don’t know that Abloh wanted to get into architecture when he was younger. He received a Masters of Architecture at the Illinois Institute of Technology and later completed an undergraduate in Civil Engineering at the University of Wisconsin–Madison. Missing his graduation ceremony because of a meeting with Kanye West’s former manager has been the kick-start of his career in fashion. John Monopoly was convinced of his potential and eye for design and offered him a position at West’s merchandise line.

Six years later, his talent got noted by Michael Burke, then head at Fendi, when Abloh opened RSVP Gallery together with some of West’s former employees. The gallery formed a space in Chicago where edgy brands were curated and sold. At Fendi, Abloh starts as an intern, but soon gets recognized for his big potential.

In 2013, Abloh launched Off-White c/o Virgil Abloh. The luxury streetwear label has defined how we look at streetwear ever since. It got widely recognized for its diagonal stripes, striking lettering, and big arrows. One year after its launch, Abloh introduced a womenswear line at Paris Fashion Week – and, of course, it led to his big success. In 2015, he is one of the LVMH Prize finalists.

Off-White’s success expands across the borders of its own label. In 2017 alone, Abloh signs contracts for three big collaborations: Nike (“The Ten”), IKEA, and Jimmy Choo. May it be clear that his legacy will live on and will be passed through generations. Besides being a brilliant designer, he paved the way for youngsters who otherwise might never believe they belonged to the industry – exactly what he aimed for. 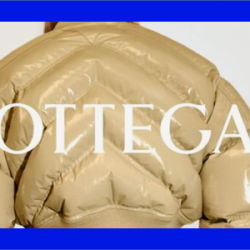 previous post
Matthieu Blazy is the new Creative Director of Bottega Veneta
next post
After hot girl summer, it’s time for cozy girl fall – and this is how to pull it off 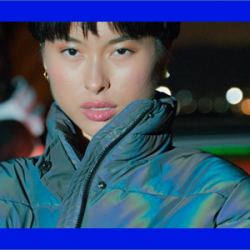