Also check out the best of New York Fashion Week Fall/Winter 2020 and our list of NYC’s best restaurants to dine during Fashion Week.

New York Fashion Week will take place from September 14 to 16; a condensed schedule compared to its initial plans. Where big names such as Michael Kors, Tommy Hilfiger and Ralph Lauren won’t be showing, but many other fashion houses are. Find out the designers who filled the gap of other absent ones and discover the best of New York Fashion Week.

PRIVATE POLICY is known for bringing awareness and starting conversations. The Spring/Summer 2021 collection, “Searching for Aphrodite,” bring much-needed healing and bliss in times like these. Where Aphrodite used to be the single beauty ideal back in the days, PRIVATE POLICY celebrates the diverse side of beauty as we know it today. Uniqueness, individuality and courage are inherent to their muses.

The color palette ranges from lilac to black and of course the signature harnesses are part of the collection. Some of them were even recycled from old CDs. To soften the looks and to create a sense of healing, they added soft drapes to the rough items. Botticelli painting of Aphrodite’s birth formed the main source of inspiration for the prints; the sharp lines were deducted from this famous image. In a press statement, they explained:”Instead of worshiping the singular image in the painting, we aim to amplify the goddess’ spirit, which can be held by anyone. Positive self-love and self-care is the center of it all.” We couldn’t have put it into words any better.

The PH5 Spring 2021 collection is both a new chapter for PH5 and its new Designer Zoe Champion, who’s originally from Sydney, as it is an ode to the rebirth of Australia following the bush fires of 2019. With everything happening in the world, this season for fashion week we looked to share our platform with a group of Indigenous Australian women working with Firesticks Alliance. Their aim is to protect, conserve and enhance cultural and natural values of people and Country through cultural fire and land management practices.

The project got documented on Awabakal land. With this collection, PH5 recognized Traditional Custodians of country throughout Australia and their connection to land, sea and community, extending respect to all Aboriginal and Torres Strait Islander peoples today.

The result was a colorful collection with bold prints and deconstructed items, worn by local inhabitants and even some kangaroos. The bags looked cute on them. The pictures prove that this versatile collection looks good on young and old. And that’s exactly their point.

The PH5 Spring 2021 collection is both a new chapter for PH5 and its new Designer Zoe Champion, who's originally from Sydney, as it is an ode to the rebirth of Australia following the bush fires of 2019. With everything happening in the world, this season for fashion week we looked to share our platform with a group of Indigenous Australian women working with @firesticks.alliance.network Cinematography: @soho.cr Photography: @colebennetts HMUA: @nishavanberkelmakeup #nyfw #nyfw2021 #indigenouslivesmatter #indigenouswomen #sustainablefashion #fire #indigenousknowledge

Svitlana Bevza is known for her minimalistic designs with timeless aesthetic, but those aren’t as simple as they might look. For her Spring/Summer 2021 collection, she drew inspiration from her study around Trypillia; an ancient civilization that adored women. As a dedication to this ancient group, Bevza created looks with sharp lines and fitted tailoring. Likewise, ceramic jewels were loosely decorated around the models. It somehow created mysterious and serene looks. It paved the way for a collection that is soft, sensual yet strong.

Hillary Taymour fights the battle against climate change; sustainability is pivotal to her brand. The designer is honest about the current state of the fashion industry and her brand in particular. For Spring/Summer 2021 she aims to inspire customers to start creating themselves. In line with this, Taymour’s collections solely consist of upcycled materials and garments. While her brand isn’t fully sustainable, she comes very, very close.

With this collection, named “change is cute”, encourages others to upcycle as well, even though she designed the clothes. Together with Charlie Engman the designer created a virtual colorful paradise, in which upcycling is the norm – even when it’s combined with 3D and animation. The – almost trippy – video displays the Collina Strada army as we know it: full of activists, athletes, flower girls and friends. At the end of the video, the ‘change is cute’ theme repeats itself. And besides the over the top video, the message may be clear: change definitely ís cute and should happen sooner than later. By investing in a Collina Strada piece or by simply obeying her advice, you become part of the much-needed change.

“I honestly wasn’t sure I could make a collection even if I felt inspired to do so… I felt that fashion should simply go into hibernation for a year,” Tom Ford stated in a press note before his release. However, that would have been the last thing he would do; financially it’s impossible to just hit the pause button and just take some years off. The show must go on, even for Ford, and in his case, that show was a cheerful party. A collection of hope. Next summer, he said, the last thing we need is a serious wardrobe. When people slowly escaped lockdown, it soon became clear that clothes had to be bright and hopeful. And so is Ford’s Spring/Summer collection: there were many flower dresses, bold color blocks, and even flames.

Ford knows how to play with hope, without making it tasteless. He drew inspiration from a documentary about illustrator Antonio Lopez and the ’70s models Pat Cleveland and Donna Jordan, whom the former used to draw. May it be clear that Ford fantasized about his carefree youth in New York. There were even small hints to his 1995 Gucci collection, which kickstarted his career. After all, who doesn’t long for days like those in the world we live in now? 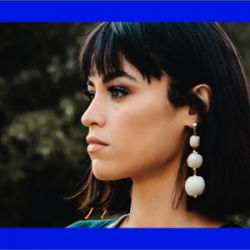 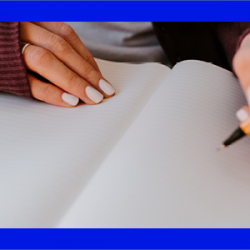