A lot has happened the past few months, making many designers rethink the fashion calendar as we know it today. Or, to say, as known until a few weeks ago. When we still don’t know what the world will look like post-corona, many fashion designers use their time to rethink the fashion systems. Therefore, we created a list of all designers skipping fashion week. Will the traditional fashion calendar belong to the past?
Cover photo: © Pexels

Now we that we know Men’s and Paris Haute Couture Week got canceled, many fashion designers have chosen to go their own way. Many great fashion houses decided to skip the traditional fashion calendar to make place for less collections and more creativity. It’s remarkable that a huge – and commercial – label as Gucci was among the first to skip the current system. Hopefully more will follow soon. It’s better for the planet and your wallet. Find an overview of designers skipping fashion week below.

On Monday June 15, Michael Kors announced that his eponymous brand wouldn’t show at New York Fashion Week in September. A safe bet, since no one knows what the world will look like by then. But that wasn’t the mister Kors’ entire message. His show – or other form of presentation – will be postponed until an unknown date in 2021. “We’ve all had time to reflect and analyze things, and I think many agree that it’s time for a new approach for a new era,” Kors said in a statement.

On July 17, Gucci will host a digital show at Milan Fashion Week. On May 25, creative director Alessandro Michele announced to solely host two shows a year, instead of the previous five. Pre-fall or cruise collections don’t fit in his schedule anymore, since he wishes to slow down the entire system. His next collection ‘Epilogue’ will be the first one of this new direction. On Instagram, he shared his thoughts on confinement. “These days of confinement, in a suspended time that we can hardly imagine as free, I try to ask myself what is the meaning of my actions. It’s a vital and urgent questioning for me, which demands a careful pause and a delicate listening. It’s trying to name, with the precision of love, my fears and my desires.”

1/6 * “These days of confinement, in a suspended time that we can hardly imagine as free, I try to ask myself what is the meaning of my actions. It’s a vital and urgent questioning for me, which demands a careful pause and a delicate listening. It’s trying to name, with the precision of love, my fears and my desires.” We Turned Out to be So Small, March 29, 2020. A day from the diary of @alessandro_michele from these times, entitled ‘Notes from the Silence’, here in Italian, to follow in English, written in his home in Rome. #AlessandroMichele. Read the diary entries through link in bio.

Saint Laurent was one of the first luxury labels to skip fashion week. They dropped out of Paris Fashion Week as for Spring/Summer 2020/2021. Saint Laurent, led by Anthony Vaccarello, will slow don’t, control its own pace and reshape its current collection structure. All is pointed towards “focussing on our current time“. A great initiative.

Unlike others, Armani announced to postpone its shows until at least September. Its format is still unknown. The Armani Privé show, though, takes place in January 2021 at the Palazzo Orsini instead of Paris Fashion Week.

Alexander Wang hasn’t been following the traditional fashion calendar since 2018. Usually he shows in December and June, but this year he celebrated his brand’s fifteenth anniversary with his Alexander Wang Vault collection. Soon after, he announced to donate 20% of its earnings to charity.

Pyer Moss’s Kerby Jean-Raymond has a very innovative way of dealing with this pandemic. For his September collection, he will host a big drive-in show in New York City. At this show, his documentary American, Also will premier.

Since most of his fabrics are imported from Italy, Marc Jacobs had to halt the production of his upcoming collections. This made him think about the fashion industry’s pace and craze. In a statement he told they have to look for “new ways of working”. He will find those together with his team and will change the brand’s strategy according to their insights.

Dior will stick to the traditional fashion calendar in the long run. Despite this, they announced to host an online Cruise Show at July 22nd – apart from Paris Fashion Week’s calendar. The show will take place at Piazza del Duomo in Lecce, Puglia and will stream online for a global audience – not just the fashionable inner circle. Dior chief executive Pietro Beccari announced that Dior will focus on the future, including real life fashion shows. 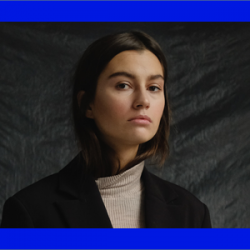 previous post
Breaking – Paris Fashion Week will return in September 2020
next post
#tradwife – why are so many women into becoming one? 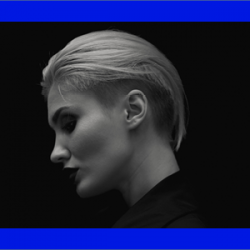