The true cost of the coronavirus for the fashion industry

It was a sad countenance: Armani’s fashion show at the end of Milan Fashion Week. Models walked the runway in over the top festive gowns in an empty theatre. Just a day before the show, it became clear that the coronavirus had hit Italy hard. Very hard. Therefore, the fashion house decided to live stream the show instead of inviting guests. And now we all know that was only the start of a crisis that would hit the entire world. Armani created a misplaced festive collection in a time in which all get togethers have to be canceled. It’s a symbol for the current state of almost every industry, not only for the fashion industry. But how will it impact the latter? Let’s take a look.
Cover photo: © Pexels

Coronavirus and the fashion industry

Paris Fashion Week has been one of the world’s last festive events. Besides fashion shows, many other fairs are postponed, as the virus rapidly spreads. However, these events only show the top of the ice berg. The true tragedy lies in China, where it all begun. Many manufacturers are dependent on production from this huge country, from Prada to Zara. The big problem lies in the fact that factories are closed and no one knows when everything will be back on track. This implies that fashion brands sourcing their materials and products from China, will face a major delay in stock delivery.

Some fashion designers have already heard that their summer collections will be delayed for at least a month. However, this is just a guess. Since we don’t know how worse the COVID-19 crisis will become, there might even be a bigger delay than we can image right now. On top of this, China isn’t only the biggest source of production, the country has developed itself as the most important sales market for luxury goods as well.

Fashion conglomerates such as LVHM, Kering and Burberry Group faced a large decrease in their share values due to the corona crisis, as reported on WWD. Farfetch and Tapestry were among the hardest hit on Wall Street. Kering’s CEO Pinault said that it’s hard to determine the true cost for the fashion industry, since we live in uncertainty. No one knows exactly how the upcoming weeks will evolve.

Fear of spreading the virus has forced production facilities to close and made consumers too anxious to enter the streets to do their shopping. Furthermore, for the Chinese it’s almost impossible to receive a traveling visa at the moment. Some people, therefore, fear that this might be the biggest crisis since 2008’s financial meltdown.

Investment bank Jefferies estimated that the Chinese were held responsible for eighty percent of last year’s growth in luxury fashion goods in the US. Likewise, Chinese consumers accounted for forty percent of the spending on luxury goods in 2019, making this nation the fastest-growing luxury shopper group around the world. Right now, luxury spending has suddenly stopped or dropped by about eighty percent, according to Capri’s CEO.

On a positive note

On the other side tough, many fashion conglomerates have announced to donate large amounts to charity. It’s their way to do something back. Although it may look generous, their earnings have been hit hard and will be hit even harder. Therefore, the entire fashion industry will benefit from a quick recovery.

On another positive note: carbon emissions in certain areas of China dropped by 25 percent as soon as the coronavirus hit the country. Since the fashion industry is one of the biggest polluting industries in the world, it’s not that bad that many stores and production plants have temporarily shut down. Consumers rather head to their local supermarket to do some hoarding on necessary items instead of yet another Louis Vuitton bag. While many people suffer, the economy is sliding into a new crisis, there’s some light at the end of the tunnel. Let’s re-evaluate what we already have and cherish those items. Not only in times like these, but also when everything is fine. By doing so, we will create a more livable planet all together.

Also read: Why we should learn from Naomi Campbell in order to avoid the coronavirus 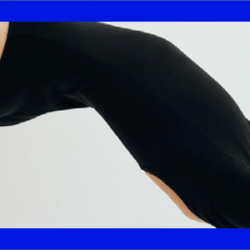 previous post
Brand we love – CAES, a sustainable and slow fashion brand you have to know
next post
Everything you need to know about Net Sustain – Net-a-Porter’s new sustainable section 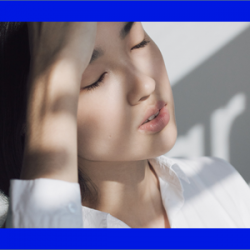