How The STAGE Collective radically changes the concept of traditional fashion

As life passes by in a fast pace, season after season and year after year, there still are brands and concepts that make you want to slow down. And we’re very thankful for that. The STAGE Collective is such a concept. As soon as you know it, you won’t shop anywhere else for curated vintage, original designs and interesting stories. “It’s part of the excitement that we don’t know what to expect from STAGE’s style.”
Cover photo: © The STAGE Collective

Founded by Christopher and Ulrika Bjercke in 2020, The STAGE Collective is a high-end lifestyle concept. Both creative directors felt it was about time to change the fashion system after having worked within the fashion industry for more than four decades. As a result STAGE was born – combining their love for fashion, music and artifacts.

STAGE’s offerings consist of highly limited numbers of in-house design styles and carefully curated items, art pieces, vintage styles and interior – all connected to the current ‘stage’. Depending on the STAGE the items and styles vary and furthermore create a new stage for customers.

Need for a change

We talked to the renowned Christopher and Ulrika Bjercke about their newly launched concept that is about to shake up the fashion industry.

Can you tell a bit more about why you felt the urge to start STAGE?

“We have been in the fashion industry for over 20 year now. The constant invention of collections and pumping out short lived styles every 4th month had lost its allure. It seems wrong from so many perspectives – as creators, as consumers, and not least from an environmental standpoint. We wanted to create something more than ‘just’ collections. Include our other passions, such as arts, artifacts, home and everything that surronds you on your own personal”stage”. We love working closely with other creatives and share what they are doing on a common plattform, e.i the collective. This is foremost a project of passion.“

Your goal is to reshape the fashion and creative industry. When was the moment you felt you had to start a concept like this?

“It was when I went to one of the biggest e-retailers of fashion, and found that they have over 3700 dresses for sale, not counting color variants and sizes, and this being top market. We believe that more and more people will seek uniqueness, something to make them different from others rather than following the same trend as everybody else.“

“The thought is that we can be a sort of curator bringing to you what we are passionate about.”

They continue: “People will look towards not having what everybody else has, being it clothing, art, home interior or other things. We make a few styles in a very limited editions, when they are finished we will make something new. The art we have is limited, the furniture is very limited and the other bands we carry are not on every other site. The thought is that we can be a sort of  curator bringing to you what we are passionate about; whether it is vintage clothing, a photograph of David Bowie by Markus Klinko, a high-end cashmere sweater or original furniture by Pierre Jeanneret.”

How did you come up with the first theme “Midnight Cowboy”? And can you explain a bit more about the story behind it?

“We see our ‘STAGE’s’ like a story, a movie or a play. The actors, the consumer, the producers are all a part of the story. ‘Midnight Cowboy’ is about leaving your home and travel to the big city. You bring your most valued things, maybe your fathers watch, an old sweater you just love, or an old Nikon your mother took all you childhood pictures with. The city consist of what all these people bring with them from their culture, coming in from far and near, some belongings and their influence. Midnight Cowboy is an old movie from 1969. It is about the first meeting with the big city, the midwest and friendship.“

What will the next stages look like? Have you already thought of themes?

“The next STAGE can be anything from a rock-concert to a building or a person. We want it to be an organic development. We are claiming absolute freedom, the only thing we know is that it is going to be unique and of high quality.“

“We do not think we are going to make any big impact or change, but we do believe that more concepts are going to look like ours going forward.“

Where do you see The STAGE Collective within five years?

“We cherish that we do not know were we are going to be, that’s a part of the idea.“

“We think the fashion industry is already changing. It has too. The globalisation of trade and commerce is upon us and so is the environmental crisis. People are not stupid, they love fashion and brands, but they can also see the down side of the industry’s impact. We do not think we are going to make any big impact or change, but we do believe that more concepts are going to look like ours going forward. Unique, limited and high quality as aposed to the same, mass produced, short lived.“

Also read: Meet the brand director behind the most-wanted coat of the season 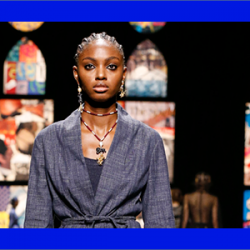 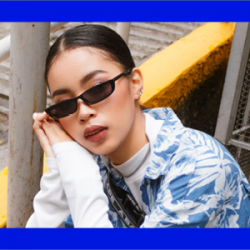