Miuccia Prada and Raf Simons will join forces – all we know

The word is out: Raf Simons – former Calvin Klein creative director – will be Prada’s co-creative director. In this role, Simons will work closely together with Miuccia Prada. Why did Prada take this important, yet brave step? What will the future of the established fashion house look like? We figured it out.

What will Raf Simons do at Prada? That’s the questions Milan held on to the entire night. Now that the news got a place in everyone’s mind, other questions pop-up. Why did Miuccia pull this move and what does it mean for the classic Italian fashion label?

“From 2 April 2020, Raf Simons will join the Prada brand as co-creative director, working in partnership with Miuccia Prada with equal responsibilities for creative input and decision-making. The first Prada collection designed by Miuccia Prada and Raf Simons will be the Spring/Summer 2021 womenswear show, presented in Milan in September 2020.” It’s the first time in history that Prada took on an extra creative director. On top of this, Simons will share equal responsibilities with Miuccia Prada.

From 2 April 2020, Raf Simons will join the Prada brand as co-creative director, working in partnership with Miuccia Prada with equal responsibilities for creative input and decision-making. The first Prada collection designed by Miuccia Prada and Raf Simons will be the Spring/Summer 2021 womenswear show, presented in Milan in September 2020. Discover more via link in bio. Photos by: Brigitte Lacombe Willy Vanderperre

Raf Simons has had an extraordinary career so far. Until 1989, he didn’t know he loved fashion that much, until he visited one of Maison Margiela’s legendary shows.

Despite the fact that Miuccia Prada is one of fashion’s most leading designers and business women, Simons’ career doesn’t lie either. He worked for Jil Sander, Christian Dior and Calvin Klein. At the press conference, Prada acknowledged his talent and couldn’t suppress her excitement: “I’m extremely happy to start this new phase, it’s certainly going to be extremely exciting.”

Later on, Prada added: “The contract is forever. So there’s no end date to it.” That’s quite an announcement for a collaboration with a designer who was more or less forced to leave Calvin Klein.

However, Prada and her husband (CEO Bertelli) have both known Simons since fifteen years. They met him when he was signed at Jil Sander, back then owned by Prada Group. Yet, it’s still a unique arrangement. Other duo designers who are currently at the helm of big brands are Luke and Lucie Meyer (Jil Sander), Jeremy Botter and Lisi Herrebrugh (Nina Ricci) and Humberto Leon and Carol Lim (Kenzo) have proven to be successful. It’s safe to say that Prada and Simons will form a dream team, too. Prada’s traditional yet innovative view on fashion, combined with Simons’ rule-breaking and evoking excesses will definitely lead to great outcomes. We can’t wait until September, when their first collection will be showed to the public at Milan Fashion Week. 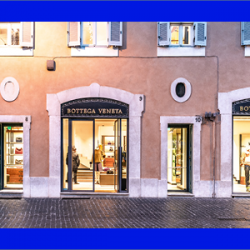 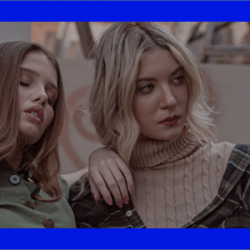