The successful career of fashion designer Raf Simons so far

Fashion designer Raf Simons has proven himself since he entered the fashion industry in 1995. With his modern view on fashion, the creative Simons has changed the fashion industry and put several big fashion labels back on the map. His work for Jil Sander, Dior and most recently Calvin Klein made him famous and a welcome guest to every fashion event. Now that he’s announced his leave at Calvin Klein recently, there’s only one question left: what will fashion designer Raf Simons do next? Let’s look back at his career so far and  predict the future.

During the past 23 years of his career, fashion designer Raf Simons has not only changed the fashion industry, but also had a big impact on the pop culture and art. In his collections, Simons always succeeds in combining fashion with art and modern culture. His modern view on fashion forms the red thread through his collections. His tribute to Pisacco at Jil Sander and ode to Andy Warhol at Dior are just two of many examples. At his most recent job, Chef Creative Officer at Calvin Klein, he collaborated with the Andy Warhol Foundation, to successfully puzzle art, culture and fashion together.

Fashion designer Raf Simons actually thought fashion was superficial, until he visited Maison Martin Margiela’s show in 1989. Margiela’s Summer 90 all-white show amazed him and enthused him to become a fashion designer, despite he studies industrial and furniture design at that time.

In 1995 fashion designer Raf Simons – then xx years old – founded his very own menswear label, named after himself. His first show took place in 1998 in Paris. His talent didn’t stay unnoticed. Within a few years he gets fame for a magazine cover at V Magazine and soon after he gets asked to design a collection for leather label Ruffo Research.

After celebrating the 10th anniversary of Simons’s own label, he is asked to design for Jil Sander. He instantly gives the label a boost, while staying close to the minimalistic aesthetic of the brand. His designers are sexy, modern, playful and drawing attention from a bigger audience. In 2012 he parts with the label, accompanied with an emotional goodbye.

Simons doesn’t have a long time to mourn about his departure at Jil Sander, because he’s hired as Creative Director at Dior soon after and designs a best-selling sneaker for adidas within one year. His time at Dior is only a short one; within 3 years he departs the fashion house to join Calvin Klein within a few months.

At Calvin Klein, Simons becomes Chef Creative Officer, while one of his best friends, Pieter Mulier, is hired as Creative Director. Together they’ve worked on many successful collections. They both brought a modern touch to the brand, by elevating its American heritage. They’ve created best-selling cowboy boots, lifted the Calvin Klein 205W39NYC label, among many other brilliant ideas. Above all, they recreated buzz around the label.

In line with this, Simons and Mulier shocked the fashion industry when they announced a collaboration with Kim Kardashian and the Kardashian-Jenner family for their #MyCalvins campaign.

Just two years after his start at Calvin Klein, the brand and the Chef Creative Officer separate their ways. The entire fashion industry was shocked. Fans commented with black, broken hearts underneath posts of Calvin Klein and Mulier posted a black frame without a caption on his Instagram account.

In 2020, Miuccia Prada announced a long-term collaboration with fashion designer Raf Simons. The duo would become responsible for all collections together. Since then, Prada has released multiple collections of his hand.

It’s the first time in history that Prada hired an extra creative director. On top of this, Simons will share equal responsibilities with Miuccia Prada. 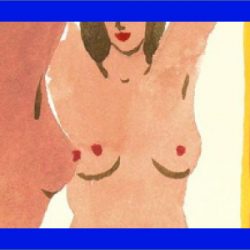 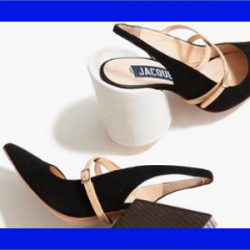