Earlier we wrote about the best fashion movies to watch – but sometimes you simply don’t want to spend an entire night in front of your tv. Therefore we present to you: the most iconic and historic fashion moments on YouTube.
Cover photo: Unsplash

From Naomi Campbell falling off the runway to Maison Martin Margiela’s iconic fashion show in 1989 that shaped the fashion world as we know it today: there’s a lot to explore on YouTube. We’ve listed the most historic fashion moments, so you don’t have to.

There was a rare time when fashion shows were still spectacles and fashion models were allowed to eat on stage. Check out Vivienne Westwood’s show in 1995 and go see it for yourself.

2. Naomi Campbell’s fall at the runway

This might be one of the most historic fashion moments of all time: the day Naomi felt on the runway. Now that time has passed by, she looks back on that day together with Vivienne Westwood.

Kate Moss as a glittery bride, Naomi Campbell with sharp bangs, a laughing Claudia Schiffer on the runway and many other historic moments are captured in this video.

House of Style host Cindy Crawford reports on supermodel Linda Evangelista. Evangelista tells the superstar host about the shows she will walk – Chanel is one of them. She drops the name Hervé Leger, for whom she will walk his very first show – for free.

5. The true story about Anna Wintour

The title may sound dirty, but the video isn’t. Wintour is as iconic as she looks and the video shows she’s always been. Discover how Wintour always wanted to be part of Vogue and step out of her dad’s shadow.

Remember a couple of years ago, when we were all nominating our friends for doing ice bucket challenges? Well, Donatella got nominated as well and took things quite serious. Before two well-toned models poured the ice cubes all over her, she nominated Pharrel and Prince – since she was not just there to ruin her own make-up.

7. Bella and Gigi Hadid before they were supermodels

You are probably familiar with the old pictures of Bella Hadid, looking quite different from now. Well, this has also been put on camera and you can check out the results below. The two girls are simply adorable.

8. Tyra Banks and Naomi Campbell making up their feud

By the time you’re at video eight, it may be clear that Naomi Campbell is responsible for a number of historic fashion moments. This time is about the feud between her and Tyra Banks. Sit back, relax and get entertained by these two fierce ladies.

9. Interview with Kate Moss on Mario Sorrenti’s obsession with her

Nick Knight interviewed Kate Moss about Mario Sorrenti’s obsession with her. While Moss and Sorrenti were dating at the time the iconic picture of her was taken – fully naked and lying on a bed – she tells it was nothing but uncomfortable. “He was obsessed.” Check out the revealing interview below. 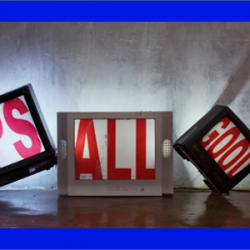 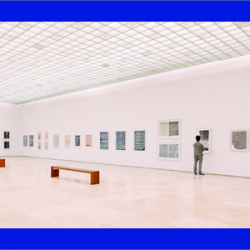