Hermès SS22 – an overview of the most spectacular looks

For the Hermès SS22 collection, creative director Nadège Vanhee-Cybulski imagined how women will want to dress when re-entering the real world. Moving freely, in a world that has been locked for so long, is one of the basic and central premisses. Hermès wouldn’t be Hermès if there wasn’t a balance between practicality and some kind of sensuality. Let’s take a look at the most spectacular looks.
Cover photo: Filippo Fior, courtesy of Hermès

Against all expectations, Y2K fashion trends have reached Hermès’ headquarters. Low rise pants combined with crop tops – though worn in a very sophisticated way – formed an integral part of this latest collection. It’s the ultimate proof that TikTok and Gen Z are great predictors of what to wear next season.

Pastel yellow, cognac brown, off-white, and black dominated the collection, all crafted from butterly soft leather. Craftsmanship – where Hermès became so famous for – came back in all sorts: from cut-out leather chucks to refined bags and sandals. The pearl stud details topped it off and show how Vanhee-Cybulski perfectly understands the modern Hermès woman. 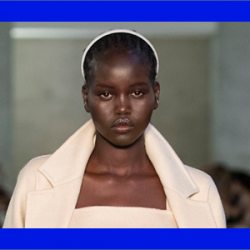 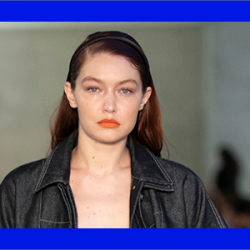