Black supermodels who (will) dominate the fashion industry

Despite Tyra Banks, Naomi Campbell, Halima Aden, Naomi Sims, Pat Cleveland, Beverly Peele, Grace Jones, Alek Wek, Iman and countless others have set the standard for a more diverse fashion industry the past decades, 2020 has caused real change. A diverse fashion industry isn’t longer about hiring colored models for campaigns and look book shots; today it’s about diversity from within a company. The list of Black supermodels who (will) dominate the fashion industry are all very outspoken about this fact. Discover the ladies who lead by example below.
Cover photo: © Nina Ricci SS21 press release

The fashion industry knows a history of diversity issues and a lack of inclusivity. Despite everything that has happened in 2020, these topics still remain prevalent. Progress is slowly made though, and the Black supermodels listed below are definitely part of it. Some of them have already reached an iconic status, while others are still rising. Check out the best Black supermodels of the moment below.

Leomie Anderson has huge fans like Rihanna, Pat McGrath, Tom Ford and Marc Jacobs. For the last two, she walks the runway regularly. Anderson is a cool lady who doesn’t solely lets her happiness depend on modelling. In her spare time, she runs a successful fashion blog and dito fashion label LAPP.

Paloma Elsesser’s career recently got crowned with a Vogue cover. In an Instagram video that went viral, she broke down into tears and couldn’t believe she was on the cover. In an interview, she explained: “Not every part of fashion needs to focus on politics and reality — this isn’t CNN — but ultimately, we all have a level of responsibility.” We couldn’t agree more.

Precious Lee made history together with model-friend Jill Korteleve, when they walked the catwalk for Versace SS21. Lee is a trailblazing curvy supermodel – one of the most promising Black supermodels of our time, to say. Lee is an active fighter for racial justice and equality and isn’t afraid to be clear about her opinion. This holds as well for her self-assurance, since “Black women have always loved their bodies,” as she told Vogue. Furthermore, curve model Cristal Renn have her the courage to start modelling. “I saw her doing Dolce & Gabbana and Jean Paul Gaultier, and I was like, You know what? I’m going to do that too.” In turn, she has been a big influence and great example for younger girls to give them the courage to start modelling as well.

The American-Soedanse model Anok Yai was the second Black model who opened a Prada show ever. Her story is a striking one; at her high school homecoming ball, she was photographed by Steve Hall. Once he placed the photo on Instagram (caption: ‘Discovered a gem’), it went viral and the next day Yai woke up with over 80.000 new followers. It marked the start of her successful modelling career. Yai is happy to be part of the change in the fashion industry and isn’t afraid to speak up.

Ajok Madel is quite a newby in the scene, but has already proven herself at shows from Alexander McQueen, Tom Ford, Max Mara, Sportmax and Dries van Noten. Madel decided to send some pictures to a local agency (she grew up in Perth, Australia) after a long day of work in a fast-food restaurant. The agency immediately called her and signed Madel the next day. The perfect proof of her success.

Supermodel Ugbad Abdi has an inconventional story. Abdi got scouted shortly after her graduation from high school. Just like many other models, the scout’s eye felt on her via Instagram. Soon she traveled to New York City to meet agencies and signed at Next Management. Abdi has made history ever since; she was the first model wearing a hijab to walk for Lanvin and Fendi and opened shows for Marc Jacobs and Michael Kors at New York Fashion Week.

Black supermodel Karly Loyce started her career on Celine’s runway in 2015. Growing upon the island of Martinique, she never thought she would become a model. However, when studying in France, Loyce got scouted right after walking out of college. Since then she worked for Tom Ford, Oscar de la Renta, Chloé, Victoria Beckham and many others. A name to remember.

Adut Akech Bior is conquering the world. The Black supermodel debuted at the Saint Laurent Fall/Winter 2017 show and things haven’t been quiet ever since. Meanwhile, Akech has become a much demanded model on the runway, a welcome guest at every fashion party and an advocate for people of color. Her star is still rising and we can’t imagine a fashion industry without her.

Slick Woods gave birth to her baby boy right after she walked the runway for Rihanna’s Savage x Fenty show. She has been modelling for Fendi, Yeezy, Marc Jacobs, Miu Miu and Jeremy Scott since then. Woods as raised by her grandmother, while her mother was incarcerated. The model is known as an avid marijuana smoker, for which some brands reject to work with her. Despite this, her popularity remains incomparable. 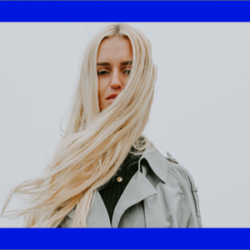 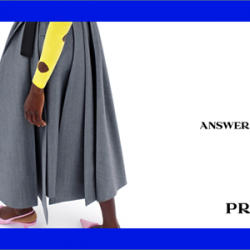