The life of fashion model Karly Loyce may sound like a fairytale, but it certainly isn’t. Growing upon the island of Martinique, she never thought she would become a model. It felt as a bridge too far. While studying in France, she got scouted right after walking out of college. A story that’s almost too good to be true.

And the story even gets more unreal. Fashion model Karly Loyce debuted the runway at Céline’s show in 2015. At that time she had exams as well. While she felt very nervous for her modelling debut for one of the hottest fashion labels of that time, everything felt into place the moment she entered the runway.

If this isn’t yet enough, her debut led to many other jobs. Alexander McQueen, Rochas, Stella McCartney and Chanel were just a few who followed. And for good reason: Loyce is smart, loyal, easy to work with and breath-takingly beautiful. Loyce’s success paved the way for other black girls, in an industry that could – and still can – use people of diverse backgrounds. Seeing yourself represented in media and fashion is more important than you’d expect. According to recent research from USC Annenberg reported that “exclusion is the norm rather than the exception in Hollywood.” Representation of minorities in the media doesn’t only influence how others view them, but also how they view themselves – and that can be harmful.

Therefore, Loyce is happy to contribute to black representation in the fashion industry and hopes to inspire and pave the way for others. 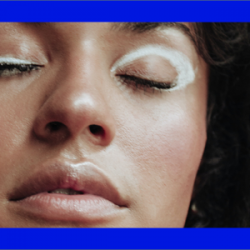 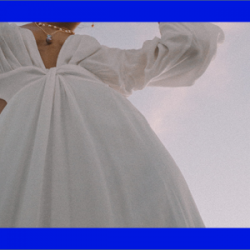