Artist Diedrick Brackens and his narrative, literal and metaphorical work

Only 8 years before artist Diedrick Brackens was born in Mexia, Texas, a terrible ‘murder’ was conducted. Three black children drowned while in police custody. They were accused of marijuana possession and tried to escape in a boat that capsized. All teenagers died, but the police officers survived and got away with it. While Diedrick Brackens wasn’t even born, many told him this horrific story. He decided to dedicate his artistic career to this tragedy. Since his early years as an artist, he dedicates his textiles to these kind of stories and being black and queer in the south of the U.S.

When walking into his classroom as an undergraduate at the University of North Texas, artist Diedrick Brackens got hooked to weaving immediately. From the color-coordinated yarn to the perfectly filled rows in front of the cabinet. This class marked the start of Brackens’s fascination with weaving.

Now, at an age of 30, Brackens owns a studio in Los Angeles and solely weaves with cotton. It isn’t only because of the material’s versatility, but also to emphasize the lives of “those who came before me“. With these words Brackens refers to his grandmother, who used to pick cotton as a child. This story has driven the artist to make beautiful things out of it.

Excited to be included in the Art issue of @wmag! Working with the talented stylist @nadiabeeman was absolutely my favorite part of this experience. Thoughtful writing by @jorifinkel and photo credit to @maxfarago.

Stories behind his work

Besides paying a tribute to his grandmother and other family members, many of his work also finds a base in Diedrick Brackens’s life as a black and queer man, living in the South. He thinks his clothes are the ideal medium to tell his stories. Woven through with many references and symbolism, they’re hard to understand in a glance.

His work finds its roots in traveling from and to Texas as a child. The centerpiece of his recent collection “Darling Devined” tells the story of a horrific story both his mother and grandmother used to tell him. 8 years before Brackens was born, a terrible accident happened in Mexia, his place of birth. Something so terrible that it’s being told generation after generation. On that particular day in 1981, 3 black boys died when in police custody. They were accused of marijuana possession, got handcuffed and put on a boat together with some police men. When the boat capsized, the teenagers died and the police officers got away with it.

In Brackens’s piece, two black men wade in a river, accompanied by a set of open handcuffs. This work suggests an alternative (happy) end to this horror story. Looking at this piece of art from this perspective, one can compare it to Quentin Tarantino’s Once Upon A Time In Hollywood. In this movie Tarantino refers to Charles Manson’s awful murder on actrice Sharon Tate. In his movie, Tate doesn’t get murdered and the story ends bitter sweet, but happy. Just like “Bitter Attendance, Drown Jubilee”, where the kids don’t drown but escape while the tragedy that possibly could happend is visualized.

“if you feed a river”

When Brackens isn’t weaving or teaching at California State University, he studies historical migrations, especially of black people within the United States. He is intrigued by the way in which the black people crossed the country, by using – for example – the Underground Railroad. These migrations, together with his background and queer life, pave the road for his artistic direction. Ultimately, his goal is to discover the true meaning of home.

american wedding, 2018 . “In america, I place my ring on your cock where it belongs. No horsemen bearing terror, no soldiers of doom will swoop in and sweep us apart. They’re too busy looting the land to watch us. They don’t know we need each other critically.” – Essex Hemphill

You will also like: How Gavin Turk confronts us with today’s society 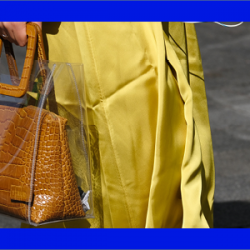 previous post
What is an investment piece and how should you pick yours?
next post
Everything you need to know about Fashion Film Festival Milano 2019 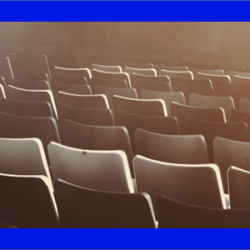