London Fashion Week has come to an end. It was a great event full of fruitful collections, new and not-so-new trends, interesting street style and stunning wardrobe knock-outs. Let us update you about Erdem, JW Anderson and Burberry.

London Fashion Week is one of our favorites. Not only because of last year’s edition which was full of political messages concerning the Brexit, but also because London’s street style is very fashion forward. On top of this, the city’s citizens (just like its designers) are progressive when it comes to the future of fashion. During last year’s protests at the end of London Fashion Week, the fashion crowd was in shock. Slogans like “Settled deep in the hypocricy of it all you blame us; you say it’s what the people demand, put the people can’t see the forest for the trees” were chanted on the streets. Remarkably, many designers seemed to take notice and incorporated longterm sustainability plans in their latest collections.

Erdem surprised its audience with colorful flower bombs on the catwalk. Nothing seemed too much: over-the-top (signature Erdem, however) dresses were combined with hats, tied up scarves and – in some cases – even elbow-reaching gloves. Over the top is just an understatement.

Even more striking was the absence of a waistline. While some of the suits and dresses were tied at waist height, most of them weren’t. It marks a liberation of what long has been held as “sexy” and “feminine”. While many of us discovered this mere fact years ago, this collection just marked the proof of it.

Yet another striking fact was the skirt length, reaching to the ankles. All outfits showed how this new length can be worn all day, every day, whatever the occasion. Modest fashion has made its entrance at Erdem as well. The entire setting and collection felt like a well-dressed summer wedding.

Erdem Moralioglu has always based his collections on a single person. This time it was Tina Modotti, whom he described as “a romantic and revolutionary, a woman of principle. Each outfit was like a postcard from a part of her life.” Modotti has been a silent movie actress in Hollywood and both a photographer and communist in Mexico. Her early death in suspicious circumstances fascinated Moralioglu most. After all, it led to an inspiring collection. Something we should Modotti be thankful for.

First looks at the Autumn/Winter ‘20 show. #ErdemAW20 📷 @mollysjlowe for @tmagazine

Jonathan Anderson’s ‘Nouveau chic’ collection perfectly fitted its name. “What does it take to enter a room?” did the designer ask himself. He agreed upon sharp silhouettes with a tough, but feminine approach. Coats with over-the-top leather collars (and when we say over-the-top, we definitely mean over-the-top here) and dresses with ultra feminine accents alternated each other.

Halfway, models entered the runway covered in shiny (see-through) fabrics and beaded dresses, ready to party. Despite the different looks, statement collars remained the central piece of focus of the collection. Anderson has already shown multiple times that he’s capable of creating new it-items that make the internet explode. A couple of seasons ago, everyone had to have his sailor-inspired bag. Now, we predict that your Instagram feed will be dominated by Anderson’s big collars.

With this collection, Anderson wanted “something optimistic“. With this nouveau chic collection, he certainly succeeded.

It’s all in the details…The accessories from today’s #AW20 Women’s #LFW show. Photography by @tomcutbush

Burberry’s Fall/Winter 2020 collection made London Fashion Week. With its 108 (!) looks, it was quite a show. Ricardo Tisci payed hommage to the signature of the brand, while responding to today’s popular shapes and colors.

We saw classic trench coats, but with a Tisci-twist. Think of deconstructed garments with a classic note. The show took place at the Victorian iron hall at Olympia – a venue that has been developed when Thomas Burberry started his eponymous label.

Tisci has listened to the critics about Burberry’s sense of sustainability. Therefore, not only the show venue was certified sustainable, but also the label’s investing in several carbon offsetting initiatives in Australia. Furthermore, the creative director explained his view on the global influences of fashion and his collection in particular. India, for example, has an important influence on his work.

Jumping to Brexit – which is a big jump here – we can conclude that Tisci did take the political references into account. Johnson has promised that trade with other countries will remain important for Britain – something that Tisci highly values and emphasized with this collection.

In line with this, Tisci once again showed that he’s capable of redefining the classic (stiff) Britishness in a modern way. Who else could blend Indian madras plaids into a Burberry collection? No one for sure.

The #BurberryAutumnWinter20 runway unveiled a myriad of contrasting #BurberryCheck and plaid, spliced and layered across outerwear and hybrid shirt silhouettes . #BurberryShow #LFW 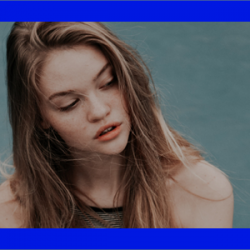 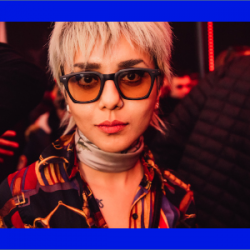