Working towards an inclusive fashion industry: why we should all learn from Beyoncé

As the Black Lives Matter protests have taken over the world, many fashion labels have tried to speak up. An inclusive fashion industry is what the world needs. However, with a past of sidelining and marginalizing black people in the fashion industry, the question arises whether it is an utopia or whether it will become the new normal. We shed light on this topic from different angles, experts and look at other industries fashion could learn from.
Cover photo: © Pexels

According to Fast Company, only 4% of the Council of Fashion Designers of America (CFDA) members are black and less than 10% of New York Fashion Week’s designers have been black over the recent years. Since the death of George Floyd, the world shook up. White organizations like the CFDA will belong to the past.

As Black Lives Matter protests have taken over the country and most parts of the world, every company and industry should critically look at both its past decisions and future strategy. At the time we’re composing this article, many CEOs and Editors have made place for black colleagues or resigned because of racist decisions made in the past. For example, Christene Barberich, cofounder of Refinery29 announced to resign after black writers accused her of a poor treatment when working for the online magazine. Likewise, Leandra Cohen – founder of Man Repeller – resigned because of her own “ignorance”. On Instagram, she stated “Man Repeller was founded to celebrate self expression in all of its forms, but it has become clear that I’ve failed to deliver that mission.”

“Man Repeller was founded to celebrate self expression in all of its forms, but it has become clear that I’ve failed to deliver that mission.” – Leandra Cohen

But these events have just taken place during the past weeks. Over the past years, there have been many examples of racism and discrimination. Not always on purpose, but that doesn’t make it any better. For example, Prada had to heavily apologize for selling “black face” merchandise. They put their employees on racial equity training and donated to civil rights groups as a sincere apology. And they weren’t the only ones. In February 2019, Gucci created controverse when selling a “black face sweater”, hinting to a classic ski balaclava. They apologized and soon pulled it from their stores.

Many “influencers” have been sharing photos of themselves wearing blackface as an act of solidarity with the Black Lives Matter movement.  Even after receiving backlash, some are still refusing to take down their posts. How can you “spread awareness” about a subject you know so little about? If you genuinely care about a cause, the least you can do is educate yourself about it. It’s infuriating that we still need to educate people about the racist and painful history of blackface.  We shouldn’t be having this conversation in 2020.

Working towards an inclusive fashion industry

With her powerful speech at YouTube’s Class of 2020, Beyoncé moved the world. Her words weren’t solely applicable to the music industry. Rather, they were meant for every industry who needs to change. According to her, using a collective voice is the starting point: “Thank you, for using your collective voice and letting the world know that black lives matter. […] It has left the entire country searching for answers. We’ve seen that our collective hearts, when put to positive action could start the wheels of change. Real change has started with you, this new generation of high school and college graduates who we celebrate today.”

“To the young women, our future leaders, know that you’re about to make the world turn.” – Beyoncé

When the multi-talented singer and businesswoman started her company many years ago, it marked a pivotal turning point in her life. She felt it was about time to empower talents and creatives who didn’t get the chance elsewhere.

If you want to demand more charges brought on all those involved in the death of George Floyd, click the link in my bio to sign the petition.

“Many of the best creatives and business people, who although supremely qualified and talented, were turned down over and over as executives at major corporations because they were female or because of racial disparity. And I’ve been very proud to provide them with a place at my table. One of the main purposes of my art for many years has been dedicated to showing the beauty of black people to the world. […] To the young women, our future leaders, know that you’re about to make the world turn. I see you. You are everything the world needs. Make those power moves. Be excellent. And to the young kings, lean into your vulnerabilities and redefine masculinity. Lead with heart. There’s so many ways to be brilliant.”

Beyoncé also spoke to those who feel different. Who feel ignored and neglected. Who are never the main point of attention in many industries, the fashion industry among them.

“Build your own stage and make them see you.” – Beyoncé

She continued: “Now if you’ve ever been called dumb, unattractive, overweight, untalented, well so have I. Whatever you do, don’t let negativity of people projecting their own self-doubts on you deter you from your focus. I know those moments are painful. […] But now is the time to turn those criticisms into fuel and motivation to become a beautiful beast. Respect is everything.”

At first, young (black) women who just graduated should be self-confident about their abilities, no matter their origin. Race doesn’t matter and should not have mattered. Ever. Don’t let anyone or any institution hold you back when applying for a fashion job. Make sure to know how you want to make the fashion system turn and start taking action today. The same holds for larger corporations. Why wait for another moment to do things differently? Now it the time to reschedule the fashion calendar and to make a change. After all, “positive action could start the wheels of change.”

People of color desperately need a place at the table in the fashion industry.

Second, people of color need a place at the table. When starting her own company, Beyoncé build her own table, since there was no place for black women. Looking at the fashion industry, the established order should make place for new talent. It doesn’t simply imply that every fashion executive should quit his or her job, but it has become more important than ever to have an inclusive team composition. It isn’t longer enough to use black models. It is all about company culture now and blackface scandals won’t be tolerated anymore. The only way to stay sane as a brand, media house or other fashion institution is to creative an inclusive and safe environment for all employees.

Third, inclusivity means more than just adding people of color to your company. A successful inclusive strategy involves people of all kinds – not just colors. Since trans people, invalids, queers, or anyone who doesn’t conform to a cis-gender society almost never get the center stage, it’s about time that we start to see them. The fashion industry is eminently suited for all those creatives who finally feel that they can be themselves. After all, expressing oneself should be at the center of fashion. So let’s move towards a more inclusive fashion industry, led by a new generation of wonderful talent. “It’s time to turn criticisms into fuel and motivation to become a beautiful beast. Respect is everything.”

Check out Beyoncé’s full speech below.

Also read: Why it’s ridiculous that we still have to talk about “Black Lives Matter” in 2020 and what you can do about it 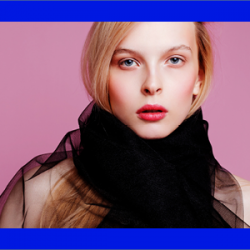 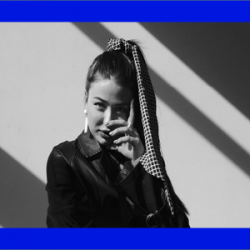