How illustrator Ana Leovy confronts us with the beauty of imperfection

Illustrator Ana Leovy thinks perfection is boring and we shouldn’t strive for it. Her illustrations are dreamy, magical and depict imperfections. What’s the story behind these enchanting illustrations? We’ve figured it out.

Mexican illustrator Ana Leovy is obsessed with something called ‘blind contour drawing’, which is drawing without taking your eyes off the subject you’re drawing. This leads to distorted forms of reality. Leovy fell in love with this technique during her studies. She loved the way it makes the picture less tense and realistic. This technique provided her the artistic freedom she was looking for.

Illustrator ANa Leovy doesn’t want to depict reality as we view it. She rather loves to rip it apart and create a new form, an imaginative one. Leovy loves this different form of reality, which is far away from the sense of beauty as we know it today.

Where does Ana Leovy get her inspiration from? To her, art is what you image. This can be based on what happens in her daily life, but also something she just made up. Think of ‘perspectiveless’ images, depicting women in different, bold colors.

The women Leovy illustrates, are often multi-colored. From black to purple and blue: color doesn’t matter and at the same time plays a huge role in her work. To clarify: skin-color doesn’t matter, neither does depiction of reality. Leovy uses color to separate different limbs and other figures in her paintings.

This use of color isn’t new, we’ve already seen it at great artists’ work like Henri Matisse. Leovy makes it modern, though. She wants to make her art relevant and relatable for everyone, regardless of shape, size and skin tone.

Then there’s another common theme to discover in Leovy’s work. In most of her illustrations, she depicts several women who show affection to each other (on a friendship level). With these subjects, Leovy shows how women support women – in a very, very inclusive way. Her main message is that we have to love ourselves first, to build a strong community of women.

The women on her paintings depict both strength and fragility. Leovy always strives for a balance, though. Leovy aims to create a world in which daily actions of feminism play a role. Simply because women should support women.

Got inspired by illustrator Ana Leovy? Then you’ll also like: 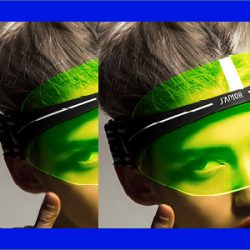 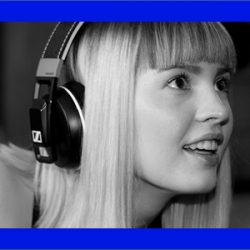