After a Hot Girl Summer that never happened, the fashion crowd seems to be craving something new. Meet Goth-Girl Summer, the equivalent of an exciting season ahead, with a dark edge.

Enter Bella Hadid during the Met Gala 2022: dressed from head to toe in Burberry’s leather, lace, and latex. Riccardo Tisci gave a modern spin on the theme ‘Gilded Glamour’. To be more precise, he was entirely on point with this look. He made Bella channel her inner Goth-Girl – including the moody Morticia Addams look. The cruise collections so far show a certain kind of goth as well. Take Louis Vuitton’s resort 2022-2023 collection, shown in San Diego. The collection was rich in details and exaggerated juxtaposition of materials. Leather, metallics, wool, cotton, and everything in between; it has been Nicolas Ghesquière’s most daring collection so far. And yes, that has something to do with this trend as well.

Wearing black during spring and summer may feel perverse – and that’s exactly the point. After years of living by the rules, it’s time to create your own set of values. Thinking of jumping on the Goth-Girl Summer train? If you’re feeling witchy, then make sure to take care of the fabrics, since black gets very hot during summer. That’s not the only thing, the Goth-Girl aesthetic characterizes itself by opposing materials. Lace versus leather, metallics versus velvet, and so on. Tom Ford for Gucci might be the perfect starting point for the quest of adding some goth vibes to your wardrobe. Not a fan of vintage, then go for Ricardo Tisci’s Burberry. Everyone he dressed for the Met Gala wore inky outfits. Other fashion houses that – some unexpectedly! – tap into the trend are Valentino (forget the Valentino-pink for a second), Thom Browne, David Koma, Heliot Emil, Ann DeMeulemeester, Balenciaga, Junya Watanabe, Rick Owens, Alexander McQueen, and Khaite. Setting the tone for a sunny season has never looked this moody. 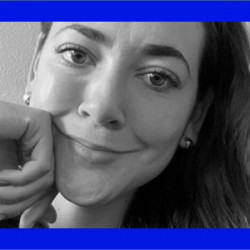 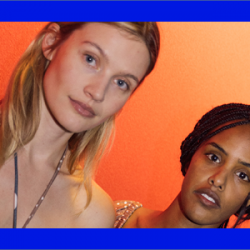