The fashion industry holds its breath until Chanel reveals its new bride of the season – a peek moment during Paris Haute Couture Week. For the first time in history, a curve model appeared to be the house’s bride. Discover all the highlights of the Chanel Haute Couture fall/winter 2022-2023 show below.
Cover photo: courtesy of Chanel

When asked to be Chanel’s haute couture bride, it’s an offer you can’t refuse. Dutchie Jill Kortleve knows. Starting as a ‘straight size’ model, her career went fine – but her mental state didn’t do well. After deciding to quit (“it was about time to start living again”, she would later explain), her model agent dared to take the shot by presenting her as a curve model. And the rest is history, Jill is one of the biggest models of the moment – and from today on, Chanel’s bride.

Picking a curve model as the bride is in line with Virginie Viard’s need for experimentation. “I have imagined the Fall-Winter 2022/23 Haute Couture show in the continuity of the previous show, leaving room for experimentation,” says Viard. “The group of artists who surround me made up of Xavier Veilhan, Sébastien Tellier, Charlotte Casiraghi and joined by Pharrell Williams and model Vivienne Rohner allows for this. As does the Haute Couture.” She adds: “In this new collection, there are suits, long dresses like Mademoiselle Chanel imagined them in the 1930s: fitted to the body even though they have strong shoulders here, and pleated dresses like the wedding dress for instance. And lace too, inlaid, reworked, not embroidered, but repainted. The palette consists of bright green, khaki, beige, pink, lots of black and silver.”

And that’s not all; new to Haute Couture is wearing high-end gowns juxtaposed with chunky boots. But that isn’t a coincidence either: they weave a link with the Étrier de Paris equestrian center, the venue that hosted the show. “These boots also echo the previous Haute Couture show that opened with Charlotte Casiraghi on horseback,” explains Viard. And just like in the spirit of Madamoiselle Coco Chanel herself, the clothes are designed to be worn, Viard ends with: “The clothes remain light, feminine, designed to be worn. I can’t see myself doing it any other way.” Discover the best looks – including Jill Korleve in bridalwear – below. 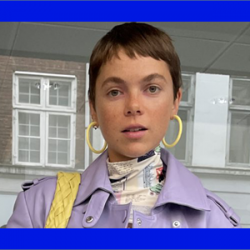 previous post
The official Copenhagen Fashion Week schedule is here
next post
Once again, Demna Gvasalia proves to be the king of couture 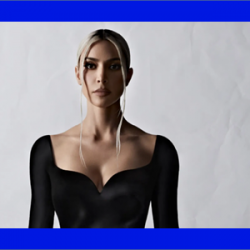