Adut Akech is on her way to becoming one of the most famous models of the moment. She was chosen as the model of the year by the fashion industry, where Naomi Campbell was the big winner according to the public. It marks an important moment in fashion: for the first time in history, solely black models have won the prizes. Why is underrepresentation still an issue? Let us explain.

Adutch Akech Bior has officially named Model of the year 2019 by the British Fashion Council. When crowned on December 2nd, the shared her excitement on Instagram: “Meet the South Sudanese refugee who comes from nothing, who just become your 2019 model of the year. I F*CKING DID IT!!!!”

And yes, she definitely did. The model of the year is chosen based on his or her global impact on the fashion industry during the past 12 months. Akech contributed to the industry without doubt. From the numerous catwalk shows to campaigns for Valentino, 5 (!)Vogue covers and her active presence on social media. Akech was there.

“This can’t be real! ??
I’ve been waking up to the best news lately. I’m so honored to be @modelsdot 2019 “Model of the year” by industry’s vote again for the second year in a row!!! ?
And to be right beside this iconic woman, congratulations mama I’m so proud of you! @naomi ?♥️? From the bottom of my heart thank you so much to everyone in the industry who has been a part of my journey this year. Without you I would not be living my dream. ??????
Although personally it’s been a challenging year, I can honestly say this has been the best year of my entire life. I’ve done more than I ever imagined I’d do in my career and 2019 has been proof of that. I’m so proud of all my accomplishments this year.
I remind myself every single day how blessed and grateful i am for everything and everyone I have in my life.”

Mother and daughter in @maisonvalentino at the 2019 Camp Met Gala @naomi love you mama thank you for a super fun night! ????

Naomi Campbell was thrilled as well. On Instagram she shared the following:

“What an honor to be @modelsdot 2019 ‘Model Of The Year’ by readers choice ! ?? This is such a wonderful surprise, and I am so touched and thrilled. I wouldn’t be who I am without all of you readers ♥️ I thank you all deeply, and am so grateful for your continuous support, it means so much ♥️ And I am so happy to be alongside my divine , graceful beautiful daughter @adutakech who deserves this recognition, hands down!! And massive congratulations to @altonmason who absolutely earned the ‘Model of The Year: Male’ honor. So incredibly proud of you both ♥️♥️♥️”

Model of the year

thankful for all of the places i’ve teleported to this year. traveling has evolved my entire perspective & vision. jet lag be havin my body shook but my spirit be so lifted when i land.

Find the list of former winners below. Names between brackets were the public’s choice.

The question rises: why is this still so important in 2019? You would expect that in modern times like these, diversity and inclusion would be a matter of course. Unfortunately, it’s not. In her speech, Akech underscored this painful fact:

“It is important for all of us to remember that someone like me winning this award is a rarity. This is for the young women and men who found representation and validation in my work. I want them to never be afraid of dreaming big like I once did.”

The struggles black models face in today’s fashion industry are unacceptable. Where Tyra Banks openly speaks about her early years as a model where casting directors told her they “already had or didn’t need a black girl”, things have become more complicated today. Black models are booked more often, but still don’t get recognized for their full potential. Above all, most successful black girls meet the standards of the holding white beauty ideals.

Each season, we’re seeing an increase of 2% in models of color, meaning that the runways are becoming increasingly diverse. But is 2% enough? Why can’t these number increase (a lot) faster? Underrepresentation still is a serious problem and harms the way (young) girls see themselves, according to a recent study. Underrepresentation causes feelings of devaluation of ethnic groups, both on societal as well as on individual level. After all, representation has a long way to go, but fortunately people like Adut Akech, Naomi Campbell and Alton Mason pave the way for others to be seen.

Let’s hope for progression in the ’20s. We’re looking forward to a new decade full of diversity, inclusion and a place for everyone.

To honor this year’s model of the year, we collected our favorite photos of Adut Akech.

@maisonvalentino DAYDREAM Haute Couture by @pppiccioli in Beijing wow!!!! ??? I’m honestly still daydreaming about my major dress so I’ll come back with a caption tomorrow! ???

I think I really like my side profile ??‍♀️

Such an honor it was opening the beautiful @maisonvalentino SS20 show yesterday ? @pppiccioli you’ve done it again but that isn’t no surprise from such a talented designer. Congratulations on another breathtaking collection and show and thank you for always having me by your side. I love you and I’m always very proud I you Amore ❤️?? Thank you valentino family, @italia3bis and your team ? Major makeup look by mother @patmcgrathreal ??✨

Couldn’t imagine a better ending to my fashion month another than walking and closing for @karllagerfeld @chanelofficial SS19 collection show. Thank you so much @karllagerfeld @amandaharlech @aurelieduclos and the whole Chanel team for having me and letting me close another spectacular fun, thank you for bringing the beach to us. I have so much love and respect for each and one of you and the whole @chanelofficial family. ????✨? Thank you @luciapicaofficial and @sammcknight1 for my hair and makeup ❤️

More from my @i_d magazine story shot by @campbelladdy and the dream team! ?

Can’t believe I’m sharing my THIRD Vogue cover this week for September Issues!!! ? @voguegermany September issue cover shot by @chriscolls and styled by @nicolaknels Makeup by @silbruinsma1 Hair by @diegodassilva_ Thank you so much to everyone that made this possible, and those worked on this shoot on and offset, thank you for a dream come true. I couldn’t imagine a better way to end my week!! ??????

On this day queens were born happiest birthday to these two incredible beautiful women @carineroitfeld @halima can’t believe you guys share the same birthday. Have a blessed special day, I hope you guys get everything you’ve been wishing for because you’re so deserving. @carineroitfeld I love every moment when we work together you’re the sweetest and I admire you so much. @halima you’re so inspiring to me every single day and I love and appreciate you so much!!! ❤️??✨

Also read: Fashion model Maeva Giani Marshall became stronger than ever after having a stroke 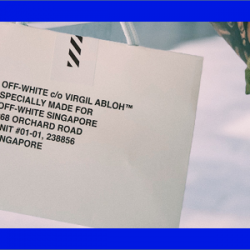 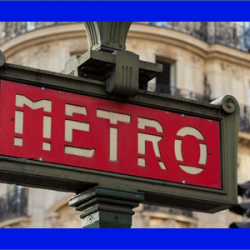