Why model Charli Howard stands up to the fashion industry

When model Charli Howard was 23 years old, she returned from a shoot in Stockholm. At that time, she had been modeling for more than 5 years. Her agent called to tell her that modeling wasn’t working for her; she was ‘too big’. After having heard this for several times, Charli Howard was fed up. For the first time she felt anger instead of sadness. That certain moment made her stand up to the fashion industry. She has been a plussize model, activist and columnist ever since. Read her incredible story below.

The moment she felt the anger, she knew something would change. A long and emotional Facebook post described her feelings best:

“I refuse to feel ashamed and upset on a daily basis for not meeting your ridiculous, unattainable beauty standards. The more you force us to lose weight and be small, the more designers have to make clothes to fit our sizes, and the more young girls are being made ill. It’s no longer an image I choose to represent. If an agency wishes to represent me for myself, my body & the WOMAN I’ve become, give me a call. Until then, I’m off to Nando’s.”

Her post went viral soon after. The rest is history: model Charli Howard moved to New York, where she was signed by an agency that embraced her curves and feminine body just like Hoaward did herself, she did a shoot for the British Vogue and even wrote a book: Misfit. It’s a book for all those girls (and boys) who’ve never felt good enough regarding their bodies. It tells the story about Charli taking diet pills since she was 13 years old, while being obsessed with being thin. One day she even fainted at a shoot. When the photographer gave her some water, she said that at least she looked great. Something she can’t image today. She feels like she’s been contributing to the system that made her ill and forced her to constantly loose weight.

Today Charli Howard has a column in Glamour UK and is still a model – a successful one. She’s become a spokesperson (or should we say: personification) of body positivity and draws attention to all possible diverse body types.

Together with colleague model Clémentine Desseaux she founded the All Womxn Project, which strives to make all girls and women feel represented and powerful, because they think it is never too late to know that you are enough. That’s how we like it. We hope to hear a lot more about this interesting lady and her movement!

Quite nice, don’t you think? Just like the inspiring story of model Charli Howard, we have many more inspiring articles. Check out our section dedicated to women here. Or check out our fashion section. We bet you’ll like it! 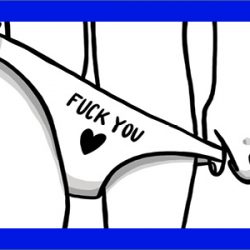 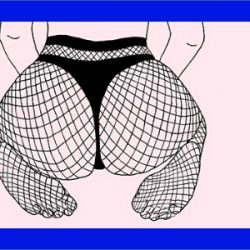