Fashion mogul Thierry Mugler died at age 73, on January 23, 2022. The fashion designer once known for sharp-edged shoulders, sleek tailoring, and iconic creations will be missed by the entire industry.
Cover image: Flaunter via Unsplash

The fashion industry is in mourning because of the sudden death of Thierry Mugler, at the age of 73. During the eighties and nineties, Mugler was one of the most influential and innovative designers of his time. His sharp tailoring, rough shoulder lines, and influences of fifties glamour are still very relevant today. His designs got – and still get the likes of David Bowie, Lady Gaga, Beyoncé, Diana Ross, and Kim Kardashian. Mugler’s creations came to define a sense of power-dressing that has been popular since the eighties. Before it was even a term, gender fluidity played the main role in his collections and shows. Both timeless and ahead of his time, Mugler was a great source of inspiration for the LGBTQIA+ community. He was among the first to cast trans models in the eighties and frequently collaborated with a broad range of drag artists.

In 2002, Mugler quit at his own label and it marked the end of Thierry Mugler’s fashion division. But it didn’t last long: in 2010, stylist Nicola Formichetti took the reign of the fashion house as a creative director, later succeeded by Casey Cadwallader, who still works at the brand. Both creative directors build on his legacy, full of corsetry and other extremes showing the female body. “I think it’s important for people to be a complete realization of themselves. I have always been fascinated by the human body, and I wanted to pay homage to what it can do,” Mugler told Interview Magazine after he did a nude shoot with them.

On top of his mind-blowing creations, Mugler’s shows were spectacles as well. “Why would anyone only want fashion? There are the costumes, but there’s also the environment, the lights, the moment. Now I’m a photographer, too, and I love music. Fashion was very easy for me, so I said, “I have the power to make big shows.” The music, the sets, the light, the attitudes—it all helped to tell my story. Something I say to young people is, “Be clear what you want to say. Make sure that people get it.” His innovative view on fashion will be missed by many. 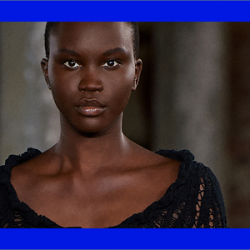 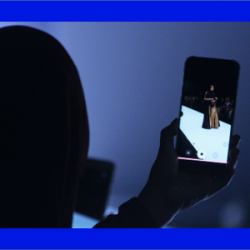