Paris Haute Couture Week is one of fashion’s most fun weeks of the year. It causes a revision of the way in which many view the fashion industry and makes questions like “is fashion art?” pop-up your mind. Because of its mesmerizing appeal, great talents and trend-forcasting power, we’re happy to update you about the best shows and designers. Today: Maison Margiela and Jean Paul Gaultier.

Paris Haute Couture Week of one of the most precious Fashion Weeks of the year and therefore deserves a first place on the list of Fashion Week schedules. Big gowns, pretty accessories and over-the-top craftsmanship will be the talk of town.

Rather looking for the complete list of all Fashion Weeks in 2020? Check it out here.

John Galliano’s Artisanal collection for Maison Margiela was an ode to Gen Z’s rebellion against overconsumption and excessive waste. Galliano perfectly succeeded in a collection that felt like an hysterical party full of upcycled clothes – but in a very, very fashionable way. Actually, this collection hints back to where the designer started his career.

Many of the garments were created out of existing material: classics were cut, deconstructed, collaged and worn inside out. Galliano and his team noted that “there are already too many clothes in the world“. It resulted in a revolutionary collection at Paris Haute Couture Week. With this collection, Galliano showed how accessible upcycling can be, despite the incredibly creative items he’s produced. The stitching, though, was far for refined. It almost invited laymen to take a seat behind the sewing machine. We didn’t see that one coming.

This show was a special one. Earlier this month, enfant terrible Jean Paul Gaultier announced that this show marked his last Haute Couture Collection. However, we didn’t have any time to feel sad, since the show was the most exciting fashion event that has happened in years.

Jean Paul Gaultier’s last haute couture show was a true spectable, full of heartwarming moments and pure joy. It truly reflected the values his label has been known for over the past decades.The show counted over 200 (!) looks, a fact that surprised Gaultier himself as well. Backstage he explained that he wanted to skip and clean, but then the thought “why should I?” took over his mind. Well, we’re glad he didn’t.

There was something else that’s not very common in the fashion industry: the orchestra seats were packed with fellow designers. And not the least: Nicolas Ghesquière, Viktor Horsting and Rolf Snoeren, Isabel Marant, Christian Louboutin, Julien Dossena, Mary Katrantzou, Christian Lacroix and Dries Van Noten.

Gaultier is responsible for many issues we discuss today, such as gender fluidity, inclusiveness, diversity and sustainability. Gaultier started recycling since the very beginning of his career, simply because he didn’t have any money. Despite having money now, he applied the same technique to his couture.

That Gaultier is a revolutionary genius, can be derived from his final collection. He created heroic corsets, that instead of suppressing women, empowered them. The first looks had bases of upcycled archive pieces, put into a modern form. Later on, models carrying a coffin with a body wearing an iconic Gaultier bra. What followed, was a picture-perfect example of how to recycle in the most fashionable way possible. Jackets were deconstructed into new ones, corsets were re-invented and male models and dancers gave an entire new meaning to fashion – showing once again how gender’s becoming more fluid in today’s world.

Guests couldn’t sit still, since Boy George sang remarkable songs of Amy Winehouse and others. Despite mourning about Gaultier’s sad news, this show was a historical moment in fashion and all attendees were more than honored to be part of it.

After the show, Dries van Noten cheered: “He goes out with a bang!” We wouldn’t expect anything less from mister Gaultier.

Or check out entire section of Fashion Week updates. 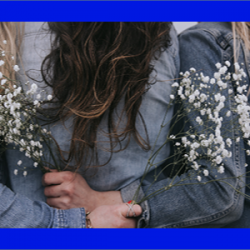 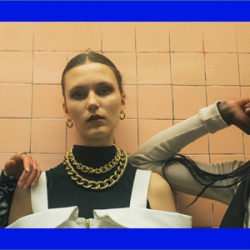