On the first day of Paris Fashion Week, Botter kick-off with a strong statement against war. The designers sought inspiration in celebrations of life under the most impossible circumstances during history, making a relevant call for the world we currently live in.
Cover photo: courtesy of Botter

‘We are living through emotionally charged and surreal times. Times of an impossible war against democracy, of the pandemic, of climate disruption. When such incursions are the new normal, it is easy to think that fashion – style, color, shape, form – are futile exercises, frivolous and artificial as they are often perceived,’ read the press note about the collection. ‘We beg to differ. Our FW22 collection took one of its inspirations, for example, from beads used by Caribbean girls for hairstyling. Hair- and hairstyling has been a central element in black culture from times immemorial. Generations of women flocked to their hair, after being enslaved and taken from Africa to the other side of the Atlantic, as an inalienable last instrument for expressing culture, pride, and self-awareness,’ creative duo Rushemy Botter and Lisi Herrebrugh continued. Empowerment and joy under the most uncertain times formed a central theme, with Carnival as one of its yearly peaks. Fluorescent colors formed an existential of survival, in this case, making inventions such as these more relevant than ever. ‘Living by the power of an abundant style, that gives a voice to the voiceless, that does not hold back, that no matter what the circum- stances may be, provides a means of expression through independent style – against all odds.’ After all, fashion can definitely be a force for change – and Botter’s creative duo masters the skills for making it happen. 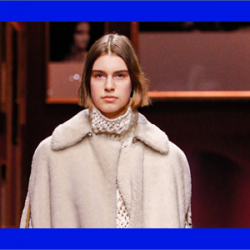 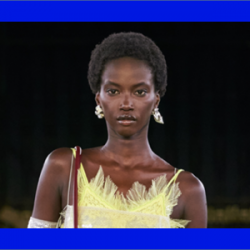